Robert Alexander is an author who attended Lenigrad State University and later worked for the U.S. Government traveling extensively. For over 20 years he was a partner in a very successful St. Petersburg company that operated a warehouse and customs clearance center and dental clinic. He was motivated to write his first book when he was followed by the KGB. Since then he has written over 24 books, including children's fiction, mysteries, and historical novels. He has also written for television and auhtored popular mystery games. His first historical novel of revolutionary Russia, The Kitchen Boy, was a New York Times bestseller, and is being produced for film. 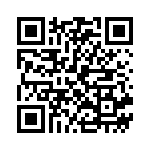