Pįgina xx
... a scholastic sort of Latin , quite slipshod and primitive , yet perfectly consistent
with the antiquated Gothic character of ... in mari Indico nuper inventis , the Latin
version of Columbus ' s letter announcing his discovery , completed on 29 April ...
Pįgina xxxix
In addition to the vernacular letters the translation includes the Latin Mundus
Novus , which , in the absence of a critical edition , is based on the text provided
by Guglielmo Berchet ( Raccolta , III , II , pp . 123 - 35 ) . ' ? In the present
translation ...
Pįgina 195
Las Casas only knew the Latin version . 5 . Juan de la Cosa was called “
Vizcaķno ” ( Biscayan ) by his contemporaries ; but he was a native of Santońa , in
the province of Santander , a place which was not then , and never had been , in
... 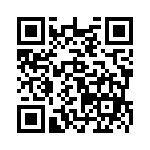