Mark Leonard is Director of Foreign Policy at the Centre for European Reform where he works on transatlantic, Middle East, and EU-China relations. Previously he was the director of the Foreign Policy Centre, a "Transatlantic Fellow" at the German Marshall Fund in Washington, D.C., and a researcher at Demos. A regular commentator in the world's leading newspapers and journals, he lives in London. 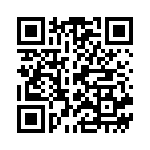