Página 13 - Throughout the long transition into agrarian capitalism and then in the formation and development of industrial capitalism, there is a more or less continuous struggle over the culture of working people, the labouring classes and the poor. This fact must be the starting point for any study, both of the basis for, and of the transformations of, popular culture.
Aparece en 8 libros entre 1981 y 2007

Robin Moore is an Associate Professor in the School of Music at the University of Texas at Austin.  He has received awards including fellowships from the Rockfeller Foundation, the MacArthur Foundation, and the National Humanities Center and is currently editor of the Latin American Music Review.  His written work includes articles in the Cuban Studies, Ethnomusicology , Encuentro de la cultura cubana, and other journals and book anthologies. 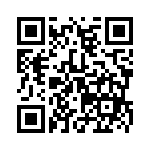