Página 70 - For as many as are of the works of the law, are under the curse : for it is written, Cursed is every one that continueth not in all things which are written in the book of the law to do them.
Aparece en 1288 libros entre 1735 y 2008
Página 4 - For by grace are ye saved through faith ; and that not of yourselves: it is the gift of God: not of works, lest any man should boast. For we are his workmanship, created in Christ Jesus unto good works, which God hath before ordained that we should walk in them.
Aparece en 559 libros entre 1789 y 2008
Más
Página 70 - And every priest standeth daily ministering, and offering oftentimes the same sacrifices, which can never take away sins. But this man, after he had offered one sacrifice for sins, for ever sat down on the right hand of God; from henceforth expecting till his enemies be made his foot-stool.
Aparece en 1356 libros entre 1698 y 2008
Página 45 - And again, as pertaining to the law of the Priesthood : If any man espouse a virgin, and desire to espouse another, and the first give her consent ; and if he espouse the second, and they are virgins, and have vowed to no other man, then is he justified ; he cannot commit adultery, for they are given unto him; for he cannot commit adultery with that that belongeth unto him and to no one else...
Aparece en 172 libros entre 1848 y 2008
Página 52 - The first of all the commandments is, Hear, O Israel; The Lord our God is one Lord: 30 And thou shalt love the Lord thy God with all thy heart, and with all thy soul, and with all thy mind, and with all thy strength: this is the first commandment.
Aparece en 619 libros entre 1755 y 2008
Página 19 - Now the LORD had said unto Abram, Get thee out of thy country, and from thy kindred, and from thy father's house, unto a land that I will shew thee...
Aparece en 701 libros entre 1802 y 2008
Página 20 - And to every beast of the earth, and to every fowl of the air, and to every thing that creepeth upon the earth, wherein there is life, I have given every green herb for meat: and it was so.
Aparece en 1023 libros entre 1735 y 2008
Menos 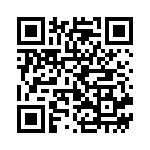