A workmanlike look at the U.S. space program from 1965 to 1969, encompassing the Gemini program, the Apollo I tragedy and the first five flights of the Apollo program. This book is the second of a ... Llegeix la ressenya completa

I enjoy reading about the 'space race' because it's history without a bunch of people trying to kill one another all the time. It was competition with slide rules, computers, and engineering. It was a ... Llegeix la ressenya completa

Pŕgina vii - ... song, In search of Eldorado. But he grew old — This knight so bold — And o'er his heart a shadow Fell as he found No spot of ground That looked like Eldorado. And, as his strength Failed him at length, He met a pilgrim shadow — "Shadow," said he, "Where can it be — This land of Eldorado?" "Over the Mountains Of the Moon, Down the Valley of the Shadow, Ride, boldly ride," The shade replied, — "If you seek for Eldorado.
Apareix a 293 llibres de 1853-2007
Pŕgina 1 - I've topped the wind-swept heights with easy grace Where never lark, or even eagle flew And, while with silent lifting mind I've trod The high untrespassed sanctity of space, Put out my hand and touched the face of God.
Apareix a 239 llibres de 1849-2008

Francis French is the former director of events for Sally Ride Science, and the current director of education at the San Diego Air & Space Museum. Colin Burgess is a former flight service director with Qantas Airways and the author of many books on spaceflight, including Fallen Astronauts: Heroes Who Died Reaching for the Moon, available in a Bison Books edition. He is the coauthor with Francis French of Into That Silent Sea: Trailblazers of the Space Era, 1961–1965 (Nebraska 2007). A NASA astronaut from 1963 to 1971, Walter Cunningham was a crew member on the first manned Apollo flight. 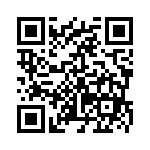