While I found this book super interesting, I definitely felt the lack of Billy's perspective in this story. An incomplete read without knowing what he was thinking and feeling and his motivation ... Leer reseńa completa

This was a very interesting book about Billy Tipton, a musician in the jazz/swing era who was born a woman but passed as a man almost his entire adult life. It's both fascinating and frustrating ... Leer reseńa completa

Dianne Wood Middlebrook is the author of several volumes of poetry and critism as well as the prizewinning bestseller Anne Sexton: A biography. The recipient of many fellowships and awards, she is a professor of English at Stanford University, where she has also served as the director of the center for research on women. She currently lives in San Francisco. 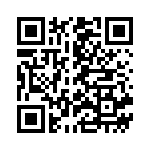