Pßgina 82
... in Great where common prudence would avoid Britain , to tax them either in person is , have put it out of my power to or estate , without the consent of their continue this assembly any longer . representatives in parliament afem .
Pßgina 236
I very well know the Commons House ing the common council of parliament have by nonclaim , defuetude , or relinof the realm has been difused a long quilhment , ceased for these many ages time , and the present mode of conven- past to ...
Pßgina 268
Owen and Foot , linen drapers desired to issue a precepti to assemble the li . in Holborn , were executed at Tybuca , pur . very in Common Hall , pursuant to their ap- suant to their sentende , at che Mid Bailey , plication to him ... 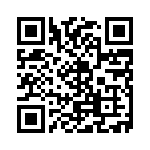