Lecturer in Russian at Queen Mary, University of London. His publications include 'Mikhail Zoshchenko and the Poetics of Skaz', a translation of Zoshchenko's short stories, and articles about Russian film. 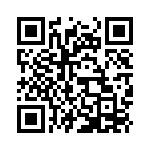