Seite 22
In fact, every single step has been voluntary and has been debated and agreed by national parliaments. It is, however, deliberately low profile so that its builders focus on making policy work rather than political grandstanding.
Seite 26
... to respect it The peoples of Europe created institutions which respected their diversity — a Council of Ministers, the European Commission and the European Parliament — but allowed them to work 26 Why Europe Will Run the 21st Century.
Seite 27
mission and the European Parliament — but allowed them to work together in their common and substantial economic interest."'* This diversity also has the unexpected effect of making the European Union stick to its principles.

Mark Leonard founded the leading independent think tank The Foreign Policy Centre at the age of 24, under the patronage of the British Prime Minister Tony Blair and is now Executive Director of The European Council on Foreign Relations’. When he was only 23, Mark wrote the famous pamphlet, ‘Rebranding Britain’, coining the phrase ‘Cool Britannia’. He has written regular commentary for all the leading newspapers and magazines, has presented the BBC' Analysis programme, and has appeared as a commentator on CNN and on all of Britain's most prestigious news programmes (from Today and Newsnight to the Jimmy Young Programme and Start the Week). Mark was named by the Sunday Times as one of the 500 most influential powerful people in Britain. He is 31 years old. 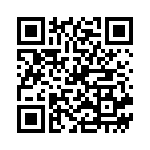