PŠgina 20
The Fijian islanders were barbarians enough , but even they used as a rule to spare their enemies ' fruit trees ; so did the ancient Indians ; and the Koran forbids the wanton destruction of fruit trees , palm trees , corn , or cattle .
PŠgina 468
All the big trees of the district are concentrated in two groves , namely , the little forest gem of Calaveras , and a much larger belt known as the South Park Grove , on the Stanislaus River , about six miles farther .
PŠgina 470
Tall green spires crown every ridge , and rise in clusters from the lower levels - grand trees of larch - like growth , middle - aged , hoary , deadsome lightning - stricken , standing ghastly and bleached - some lying prostrate ... 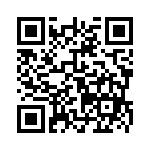