Bernd Meibohm is an Associate Professor of Pharmaceutical Sciences at the College of Pharmacy of the University of Tennessee Health Science Center, Memphis. He obtained his PhD from the University Carolo-Wilhelmina in Braunschweig, Germany, and underwent postdoctoral training in clinical pharmacology at the University of Florida, Gainesville. His research is focused on pharmacokinetics (PK), pharmacodynamics (PD), and pharmacogenetics (PG) with special emphasis on PK/PD/PG correlations. Professor Meibohm is a Fellow of the American College of Clinical Pharmacology (ACCP) and has received numerous awards, including the 'Young Investigator Award in PK, PD and Drug Metabolism' from the American Association of Pharmaceutical Scientists (AAPS) in 2000. He is currently serving as Section Editor for PK and PD for the 'Journal of Clinical Pharmacology' and on the Editorial Boards of the 'Journal of Pediatric Pharmacology and Therapeutics' and 'Die Pharmazie'. 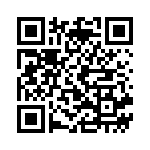