What to listen for in music

This is a reprint of the enormously popular 1957 edition of Copland's guide to music. There is no new text by Copland, only a new introduction by composer William Schuman, which is more an encomium to ... Leer reseńa completa

Aaron Copland’s well-known and highly regarded compositions, performed and recorded extensively throughout the world, include the Pulitzer Prize–winning ballet Appalachian Spring, as well as Billy the Kid, Rodeo, Lincoln Portrait, and the film scores of Our Town and The Heiress. On being awarded a Congressional Gold Medal in 1986, Copland was praised for his “uniquely American music that reflects the very soul and experience of our people.” During his career, Copland taught composition at Harvard and the Berkshire Music Center, lectured all over the United States, and wrote Our New Music and Music and Imagination. He died in 1990. 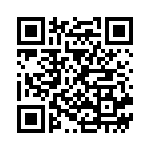