A must read for Kiss and non Kiss fans alike. It is Gene's perspective and it is very interesting. He starts it from his youth and takes it through his entire career with Kiss. What is also ... Leer rese±a completa

Just about everything you wanted to know about Kiss from Gene Simmon's perspective. A very interesting read! Leer rese±a completa 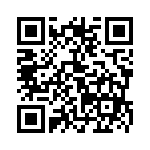