Though Tim Tate has done a fair amount of research into the history of women's football, the contextual history he provides along side it is rife with assumptions and lazy generalisations, often to ... Leer reseńa completa

Tim Tate is an award-winning documentary film maker and an author. He has produced and directed films for BBC, ITV, Channel 4, Channel 5, Al Jazeera International, and the Discovery Channel. His work has won awards from Amnesty International, the Royal Television Society, UNESCO, The New York Festivals, the Association for International Broadcasting, and the US Cable Academy. He is the author of eight previous nonfiction books, including Slave Girl. A passionate rugby spectator and coach, uncovering the secret history of women's football has forced him to reevaluate a sport he always believed to played with the wrong-shaped ball. 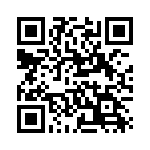