Pßgina 140
B˛ttego also received the support of General Baratieri , then at Keren , who , on going to Italy , introduced Bottego to the Italian Geographical Society , under whose auspices the expedition was afterwards carried out successfully .
Pßgina 345
Italian peasant - lads go courting with such an oral decoration . But I doubt if , even in unconventional Italy , a veterinario would think it quite professional to present himself before an employer with a bright blossom in the place ...
Pßgina 435
The Lombards poured into Italy , and became practically masters of the Italian mainland for two centuries ; while the Avars spread themselves , as Gibbon says , “ over the fair countries of Walachia , Moldavia , Transylvania , and the ... 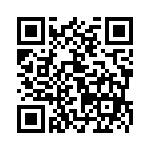