Página 44
The principal caves of South Devonshire are found in the limestone rocks of Torquay , Plymouth , Yealmpton , Brixham , Buckfastleigh , and Chudleigh , but as those of the last two named have yielded no animal remains they are of no ...
Página 49
Most of the animal remains were found in No. 4 layer , but some were also found in the stalagmite and No. 2 deposit . Those found in the stalagmite were mammoth , bear , cave lion , rhinoceros , and reindeer . In the No.
Página 95
The portion of the slates — were lying about in heaps , moat , which still remains , consists while upon the very foundations of a spring constantly running . " were oaks of more than a century's A romantic episode in the hisgrowth . 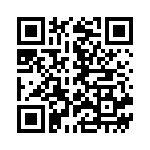