Página 177
two little plays of mine , the money for which went to pay the printer ; one play was called Punch , the other The Silver Thimble . This was , of course , before we took it to Bradbury and Evans . " I think there were three of the staff ...
Página 288
The play was the story of Falstaff , his fun and folly , his amours , his breaches of the law , his robberies , his soldiering , his lies , his guzzling , and finally his downfall , his humiliation , his punishment .
Página 308
The object is to compel the player to judge strength in taking off , and to prevent that coarse and unscientific play which , until now , allowed the striker to take off to another ball to the further extremity of the ground , and if he ... 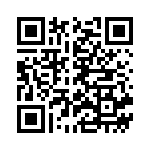