Louis Breger is Professor of Psychoanalytic Studies Emeritus at the California Institute of Technology in Pasadena. He is a practicing psychotherapist and psychoanalyst, and is the Founding President of the Institute of Contemporary Psychoanalysis, Los Angeles. He has written other books and a number of scholarly articles on psychoanalytic topics including the acclaimed biography, Freud: Darkness in the Midst of Vision and From Instinct to Identity. 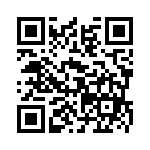