A damning indictment of the Vichy Government during the Second World War. Well written and researched and worth a read for any student and reader of the time in French history. Leer reseńa completa

Verdict on Vichy: power and prejudice in the Vichy France regime

Drancy. Vel d'Hiv. Petain. These are just a few words that evoke one of the darkest times in France's history: the Vichy government of 1940-44. Curtis (political science, Rutgers Univ.) has written a ... Leer reseńa completa

Michael Curtis is a distinguished professor emeritus of political science at Rutgers University. He is highly regarded as an expert in several fields—political theory, comparative government, European politics, and the Middle East. He is the author of more than thirty books, and for many years he was the president of American Professors for Peace in the Middle East and editor of the Middle East Review. Born in London and educated at the London School of Economics, Professor Curtis has taught at Yale University, Hebrew University, Tel Aviv University, and University of Bologna, in addition to his years at Rutgers. He lives in Princeton, New Jersey, is married, and has two sons and six grandchildren. 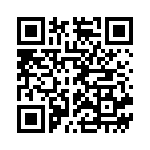