Patxi Xabier Lezama Perier Basque sculptor born in Zalla in 1967, where he lived, studied and worked. A town known for its popular culture and especially for its mythology where superstitions were widespread in evil supernatural beings, sorcerers and witchcraft, so the natives of Zalla are called warlocks. The primal basic matrix vibrated in the most intimate entrails of this artist who has been trying for many years to make known Basque mythology through his sculptures of iron, stone and wood, transmitting and solving, as well as providing semblance to this type of subversive imaginary underground world, assuming systems of values that go beyond the visual, from a historical and cultural perspective of an ancient mythology inherited from the past that transmits to future generations. 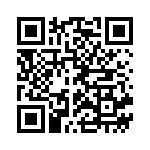