Página 54
Meyer 476 and Rubner M1 took into account the price of the breads, and Meyer
also pointed out how important it was to distinguish between the laxative action of
, say, "Pumpernickel" bread, however beneficial that might be, and its nutritive ...
Página 70
Belfrage,59 for instance, rightly pointed out that a germ bread like "Hovis", which
was made up of 3 parts white flour and one part of sterilised germ, could not be
considered as part of a national bread policy, for hundreds of tons of wheat had
to ...
Página 72
At all events, subsequent work M9 has shown how hard it is to bring out any
signs of a vitamin Bi deficiency, even on diets designed to do so, and Rich,572
who was admittedly associated with the American milling industry, pointed out
that the ... 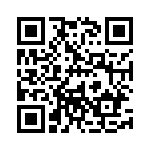