Página 78
“ We have thus also , ” he adds “ the required circuitous course . " suggests , that it led out of the city to some public gardens , or , at all events , into the The direction of the wall from the Da . country .
Página 323
in a meandering course towards Belsize , footpaths , down to Manchester - square ; or rather its site , for the house and park but in the midst there is a block of buildhave fallen a prey to the speculator , and ings , standing alone ...
Página 466
After the reaches the summit , where the dyke forms , grass - field behind Prior - park , where it is as elsewhere , the northern boundary of very distinctly marked , it would seem to this , the third camp in its course through have ... 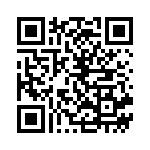