Página 187
And they had then a notable prisoner , called Barabbas . Therefore when they were gathered together , Pilate said unto them , Whom will ye that I release unto you ? Barabbas , or Jesus which is called Christ ?
Página 209
When Pilate therefore heard that saying , he brought Jesus forth , and sat down in the judgement - seat , in a place that is called the Pavement , but in the Hebrew , Gabbatha . And it was the preparation of the passover , and about the ...
Página 689
I will arise and go to my father , and will say unto him , Father , I have sinned against heaven , and before thee , and am no more worthy to be called thy son : make me as one of thy hired servants . And he arose , and came to his ...

I am NOT trying to review the Prayer Book. I just want to point out that this IS the 1928 book and not the 1970s revision. The edition I picture contains all the charts for the readings, but it ... Leer reseńa completa 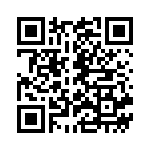