Página 310
Eight days later I was in- formed that a new purchaser at 10,000 had been found , and I was asked for my instructions . I replied , " Sell , pay for the copper bottom and the caulk- ing , and hand the balance to Madame Altaras .
Página 445
Three months later I re- ceived a letter from Cćsarea . Théodore wrote to me from the chief town in Cappadocia to send me his thanks , joined with those of his family . According to my habit , I mentally responded , wishing him every ...
Página 866
and later , in a reorganised A month later Burridge was condition , to be so . I must not forget the loudest part of the army - to wit , its band , which on public occasions played our National Anthem , and at weddings and funerals ... 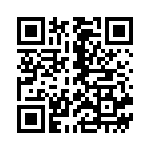