Israel Epstein (1915-2005) was born in Poland and raised in China. He served as a United Press war correspondent and as a reporter for numerous other newspapers and magazines. He is the author of "Woman in World History: The Life and Times of Soong Ching Ling," "From Opium War to Liberation," and "The Unfinished Revolution in China. 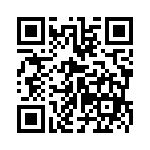