Página 114
The house was a large one , similar in size and detail , as far as exterior went , to those on each side of it . A tall servant , in plush culotte , ushered us into a side room and went after our host with our cards .
Página 131
Side by side with memory appears fear , followed by pugnacity , play , and , later , anger ; while still later , about on a par with the first period of dreaming , or at about the age of five months , are manifested emulation , jealousy ...
Página 223
If those demands are just , will not the majority of the people side with us ? I say it will . My object in changing to London was well defined . I argued thus : it is a large place ; one man is lost there ; hence , let me go to London ... 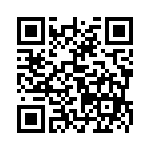