KK Liu is the director of the Institute of Hydrological and Oceanic Sciences, National Central University in Taiwan, and a member of the IGBP Scientific Committee. Having conducted extensive observations in the East and South China Seas, he now also explores biogeochemical cycles in continental margins using modeling approaches.

Larry Atkinson is the Samuel and Fay Slover Professor of Oceanography in the Department of Ocean, Earth and Atmospheric Sciences at Old Dominion University. He is a pioneer working on nutrient supplies and hydrographic variability in the southeastern United States continental shelf waters and other western boundary current systems.

Renato Quińones is a Professor of biological oceanography in the Department of Oceanography and COPAS Center at the University of Concepción. As a core member of the GLOBEC Focus 4 Working Group under IGBP, he is recognized for work on aerobic and anaerobic metabolism of marine communities and fisheries oceanography, especially in eastern boundary currents.

Liana Talaue-McManus is a Scientist at the Division of Marine Affairs and Policy, University of Miami Rosenstiel School of Marine & Atmospheric Science. She served as the chair of the Scientific Steering Committee of LOICZ Project of IGBP from 2004-2005. She is currently involved in examining human-environment interactions in island systems in the Caribbean. 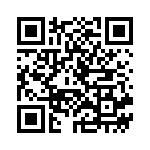