This book is an expose on the American 'War Against Terror'. Focusing on what was known about the run up to the attack on the World Trade Centre and then on who stood to gain by the aftermath, this is ... Leer reseńa completa

This book proves everything you already knew but didn't want to hear: 9/11 only happened because Bush and Cheney were in charge. It also explains other great lies such as Pearl Harbor, the Gulf of ... Leer reseńa completa

Nafeez Mosaddeq Ahmed is a human rights activist and political analyst specializing in the study of conflicts. The Executive Director of the Institute for Policy Research & Development, he is the author of a variety of reports on human rights practices, as well as the best-selling book, The War on Freedom: How and Why America was Attacked, September 11, 2001, published in English, German and Italian. Ahmed's work on the conflict in Afghanistan is a recommended resource in leading universities including Harvard and California State, and he was recently named a Global Expert on War, Peace and International Affairs by the Freedom Network of the Henry Hazlitt Foundation in Chicago. Ahmed appears regularly on radio shows in the US as an expert on US foreign policy 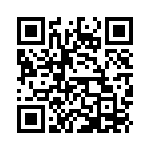