Richard Leppert is Samuel Russell Distinguished Professor of Humanities and Morse Alumni Distinguished Teaching Professor in the Department of Cultural Studies and Comparative Literature at the University of Minnesota. His previous books include Art and the Committed Eye: The Cultural Functions of Imagery (1996) and The Sight of Sound: Music, Representation, and the History of the Body (California, 1993). 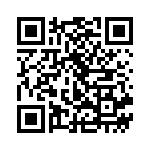