A frank and detailed account of how Gerstner took charge of the grand old company at a time when it was struggling, and managed to turn it around. A great read for anyone landed with similar responsibilities in a company, big or small. Leer reseþa completa

It was OK. The first couple of chapters before Lou joined IBM were interesting. Once he joined the book just skimmed the surface of both IBM issues and his thought process. It focused mostly on his ... Leer reseþa completa 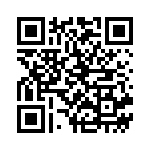