Mataji Devi Vanamali has written seven books on the gods of the Hindu pantheon, including Shakti, The Play of God, and The Song of Rama, as well as translating the Bhagavad Gita. She is the founder and president of Vanamali Gita Yoga Ashram Trust, dedicated to sharing the wisdom of Sanatana Dharma and charitable service to children. She lives at the Vanamali ashram in Rishikesh, in northern India. 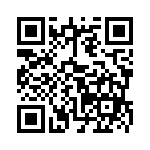