Andrea Palladio: the architect in his time

Andrea Palladio has been one of the most admired, the most influential, and the most copied architects in history. His pedimented images of classical architecture, carefully proportioned ... Leer reseńa completa

Andrea Palladio: The Architect in His Time

Choosing from a field shaped by Raphael, Michelangelo, Bramante, Alberti, et al., Boucher (The Sculpture of Jacopo Sansovino, Yale Univ. Pr., 1991) focuses on Palladio as one of the earliest modern ... Leer reseńa completa

Palladio is one of the most influential architects in the history of architecture. He is known as the first professional architect, since he was trained to build and in fact pursued that career throughout his life. Palladio was born in Padua but moved to Vicenza to apprentice with a stonemason. There he built some of his greatest works. Like many artists of the Renaissance, he was a student of Latin literature and of the works of the Roman architect Vitruvius. He found a patron in Giangiorgio Trissino, who in 1545 took him to Rome, where Palladio was able to study the remains of ancient architecture. This led to his revival of Roman symmetrical planning, which is particularly evident in the several villas he built in the Veneto from 1550 onward and for which he is now famous. Among these are the Villa Rotonda outside Vicenza. Palladio set forth his theories and achievements in his Quattro Libri dell'Architettura (Four Books of Architecture), which he published in 1570 and which has been republished many times throughout the world. 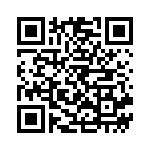