Andreas Cahn studied law at the Goethe-Universität Frankfurt Am Main and at the University of California, Berkeley. His doctoral thesis deals with problems of managers' liability, and his post-doctoral thesis (Habilitation) focuses on legal aspects of intra-group financing. In 1996 he took up the Chair of Civil Law, Commerce Law and Corporate Law at the University of Mannheim. Since October 2002 he has been Executive Director of the Institute for Law and Finance at Goethe-University in Frankfurt. He has published on corporate law, capital markets law, the law of products liability, general civil law as well as on civil procedure.

David C. Donald has been a Professor in the Faculty of Law at The Chinese University of Hong Kong since 2008. From 2003 until 2008, David taught at the Institute for Law and Finance of Goethe University, Frankfurt. For the decade preceding that he worked as a commercial, corporate and securities lawyer in Washington, Milan, Rome and Frankfurt. David's publications focus on market structure, securities clearing and settlement, corporate law and comparative law. He holds a Ph.D. in Law and an LL.M. from the Goethe University, a Juris Doctor from Georgetown University and a Ph.D. in Comparative Literature from State University of New York, Buffalo. 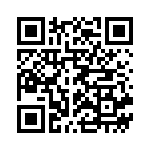