Alan Dawley is Professor of History at the College of New Jersey. He is the author of Class and Community: The Industrial Revolution in Lynn, which won the Bancroft Prize, and Struggles for Justice: Social Responsibility and the Liberal State. 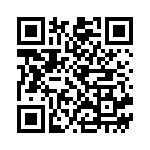