Pŕgina 8
... Belize where English is also found Bolivia , Chile , Colombia , Costa Rica ,
Cuba , Dominican Republic , Ecuador , El Salvador , Guatemala , Honduras ,
Mexico , Nicaragua , Panama , Paraguay , Peru , Uruguay and Venezuela ) as a
result ...
Pŕgina 10
Portuguese Portuguese , as we have already seen , developed as a concomitant
of the southward movement of speakers of Galician , with which as a result it still
has the closest of affinities . The inhabitants of Portugal currently number some ...
Pŕgina 53
If Latin did not have articles , it is natural to ask what were the etymological
sources of this category in Romance . The indefinite article derives from the
numeral ' one ' , with the result that decontextualised phrases such as Fr. un
chien , Sp . un ... 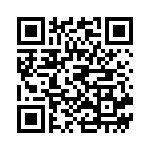