The bells in their silence: travels through Germany

The title of this academic hodgepodge misleads, as readers won't encounter the "the bells in their silence" until the last chapter. As for the subtitle, it also leads us astray. Gorra (English, Smith ... Leer reseńa completa

Michael Gorra is Mary Augusta Jordan Professor of English at Smith College. He is the author of After Empire and The English Novel at Mid-Century, and the recipient, for his work as a reviewer, of the Nona Balakian Citation of the National Book Critics Circle. He reviews books for the New York Times Book Review, the Times Literary Supplement, the Atlantic Monthly, and other publications. 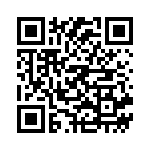