The philosophy of the Coen brothers

Before collaborating on the writing and directing of over 13 films, Joel Coen studied film at New York University, while Ethan Coen studied philosophy at Princeton University. In this text, 14 ... Leer reseńa completa

A compilation of essays on readings of the Coen Brothers films. Lots of interpretation at play here. Leer reseńa completa 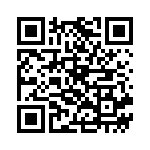