According to Burton (French and Francophone literature, Univ. of Sussex), the French Revolution of 1789 established a pattern of Parisian political violence that did not reach its final culmination ... Leer reseńa completa

Richard D. E. Burton has recently retired as Professor of French and Francophone Literature at the University of Sussex. He is the author of Afro-Creole: Power, Opposition, and Play in the Caribbean, also from Cornell, and of two books on Baudelaire. 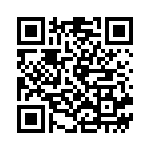