I read a lot of biographies, my theory being that history is best studied by looking at the people who make it. In this case, the subject is Edward I of England, nicknamed “Longshanks”. I would ... Leer reseÒa completa

Marc Morris’ work was been advertised as the first biography of Edward I in years, and in many ways it may have been a necessary one. Edward I ‘Longshanks’ stands today as arguably one of the most ... Leer reseÒa completa

Dr Marc Morris is a historian who specializes in the Middle Ages. He studied and taught at the universities of London and Oxford and is a Fellow of the Royal Historical Society. His other books include a bestselling history of the Norman Conquest and highly acclaimed biographies of King John and Edward I (A Great and Terrible King). He also presented the TV series Castle and wrote its accompanying book. He contributes regularly to other history programmes on radio and television and writes for numerous journals and magazines. 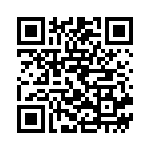