Página 223
The ground floors of the inn . buildings , on the level of the yard , were given up to stables , coachhouses , store - rooms , & c . Access to the galleries was obtained by · This article is based on ancient and modern histories of ...
Página 290
Though probably of later date , it has an interesting history , having been given by Sir Edward Howard , Lord High Admiral ( who died fighting the French off the coast of Brest ) , to Queen Katherine of Aragon .
Página 592
He ate well , for his night out had given him an appetite . After that he felt better , and got up and dressed lazily , and lazily he hunted up his picture book , as he called it , and crept out with a plank of wood , on which he ... 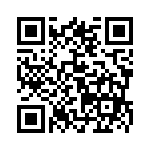