Edward Grey, 1st Viscount Grey of Fallodon, KG, PC, DL, FZS (1862-1933), better known as Sir Edward Grey prior to his elevation to the peerage he was the 3rd Baronet Grey of Fallodon, was a British Liberal statesman and the main force behind British foreign policy in the era of the First World War.

An adherent of the “New Liberalism”, he served as foreign secretary from 1905-1916, the longest continuous tenure of any person in that office. He is probably best remembered for his “the lamps are going out” remark on 3 August 1914 on the outbreak of the First World War. He signed the Sykes-Picot Agreement on 16 May 1916 and ennobled that same year, he was Ambassador to the United States between 1919-1920 and Leader of the Liberal Party in the House of Lords between 1923-1924.

He attended Temple Grove School from 1873-1876 and later, following his father’s death in 1874, Winchester College. He attended Balliol College, Oxford in 1880 to read Literae Humaniores, graduating with a Second Class honours degree in Honour Moderations. In 1882, his grandfather died and he inherited a baronet’s title, an estate of about 2,000 acres (8.1 km2), and a private income. Returning to the University of Oxford in the autumn of 1883, Grey switched to studying jurisprudence (law) and graduated with Third Class honours. 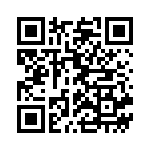