Curry: a tale of cooks and conquerors

In her latest book, historian Collingham successfully depicts the vivid history of Indian foods and cooking.Curry is richly peppered with illustrations, maps, and, of course, recipes. Beginning with a ... Leer reseńa completa

Lizzie Collingham, a Cambridge-trained historian, is a free-lance scholar and writer. She is the author of Imperial Bodies: The Physical Experience of the Raj. 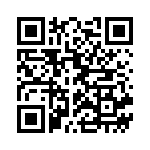