PÃgina 258
Then , in the words of a distinguished cavalry officer , ' a guy called Syngman Rhee got himself all snarled up with some other guys about the same make , colour and shape , but who lived the other side of a geometrical anachronism ...
PÃgina 466
Butchart called“ Joe's inside . " Middleton , who had been almost knocked down in Walker's scramble out of the X - IA , started to clamber out of the bomb - bay to the cockpit and said , “ He's out , out , Major .
PÃgina 492
She began picking more wildflowers and that native plant , like a coarse bulrush , called in Victoria black boy , ' or yakka . She said , without looking up from her flowers , “ Do you think we'll ever get out ? 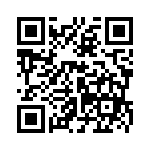