Though the event is not actually depicted or described in Seeds of Revolt, the specter of Russian uber-novelist Fyodor Dostoevsky's arrest, mock execution and sentence to Siberia looms large over this ... Leer reseńa completa

It is funny to read about Dostoyevsky as a kid. Problems with his father, and the school's times, his personality started to develop in this time. It is important to know how the writer started to see ... Leer reseńa completa

Joseph Frank is the author of an award-winning multivolume biography of Dostoevsky. 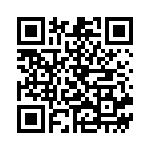