Página 109
Clearly outlined by the glow from Cantick Light , Warbister Hill , the highest point of Swona , at last bore due north — due south at the same time the light on Duncansby Head . It was our bearing . Matthew looked at Alec , who nodded .
Página 110
The streaked and wrinkled surface gleamed oily and black in the light of the beams , and carried a sheen that made it ... Yet as one watched , as other lights came into play , one saw it again , here , there , gleaming out of the night ...
Página 113
Bright and clear , the white at the masthead growing whiter every moment , the first trawler's lights were swooping down - stream . ... It was Stroma Light I stared at , huge as the full moon rising above a hill ! The green light of ... 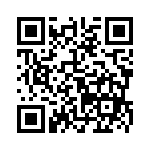