Página 8
by the raising of the school - leaving age , is a blow to the Navy , and one wishes that our Minister for Education , Mrs Thatcher , could have been persuaded to allow the shore - training station for boys , H.M.S. Ganges , to be used ...
Página 152
The Guardia Civil once asked me to produce my documents while disregarding a family in swimsuits walking on the other side of the road . After leaving the Parador , I met no human beings up on the Sierra other than a rare shepherd or a ...
Página 180
While all the world - well , most of it , anyway - longs for peace , he refuses to stop fighting , or to release his allies from their obligations , until a handful of freedom fighters , a mere 140,000 or so , leave his country . 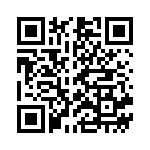