George Philander is Knox Taylor Professor of Geosciences (Meteorology) at Princeton University. He is the author of Is the Temperature Rising: The Uncertain Science of Global Warming (Princeton). 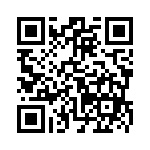