This is a topic, sad and horrific as it is, that I've always wanted to know more about. As a Jew, I was brought up to know about what happened to Jews in the Holocaust, and I've read extensively on ... Leer reseńa completa

This was one of the harder reads for me over the Holocaust because it had more of a personal twinge to it than the other books that I have read. The book focuses primarily on the plight of homosexual ... Leer reseńa completa

Richard Plant was born in Frankfurt and was a graduate of the University of Basel, where he earned his Ph.D. Since emigrating to the United States in 1938, he has contributed numerous articles to many publications, and teaches at the New School for Social Research in New York City. 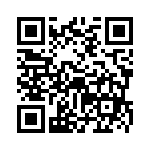