Página 560 - The life of the law has not been logic: it has been experience. The felt necessities of the time, the prevalent moral and political theories, intuitions of public policy, avowed or unconscious, even the prejudices which judges share with their fellow-men, have had a good deal more to do than the syllogism in determining the rules by which men should be governed...
Aparece en 558 libros entre 1879 y 2007
Página 180 - In no country perhaps in the world is the law so general a study. The profession itself is numerous and powerful ; and in most provinces it takes the lead. The greater number of the deputies sent to the congress were lawyers. But all who read, and most do read, endeavor to obtain some smattering in that science.
Aparece en 322 libros entre 1808 y 2008
Más
Página 180 - I have been told by an eminent bookseller that in no branch of his business, after tracts of popular devotion, were so many books as those on the law exported to the Plantations. The colonists have now fallen into the way of printing them for their own use. I hear that they have sold nearly as many of Blackstone's " Commentaries
Aparece en 232 libros entre 1756 y 2006
Página 96 - The people of the State of New York, by the Grace of God, Free and Independent...
Aparece en 198 libros entre 1818 y 2005
Página 385 - Our judges are as honest as other men, and not more so. They have, with others, the same passions for party, for power, and the privilege of their corps. Their maxim is, "boni judicis est ampliare jurisdictionem...
Aparece en 244 libros entre 1853 y 2008
Página 180 - This study renders men acute, inquisitive, dexterous, prompt in attack, ready in defence, full of resources. In other countries, the people, more simple, and of a less mercurial cast, judge of an ill principle in government only by an actual...
Aparece en 210 libros entre 1771 y 2007
Página 107 - Of lawyers and physicians I shall say nothing, because this country is very peaceable and healthy ; long may it so continue and never have occasion for the tongue of the one nor the pen of the other, both equally destructive to men's estates and lives ; besides forsooth, they, hangmanlike, have a license to murder and make mischief.
Aparece en 85 libros entre 1801 y 2008
Página 512 - If I were asked where I place the American aristocracy, I should reply without hesitation that it is not composed of the rich, who are united by no common tie, but that it occupies the judicial bench and the bar.
Aparece en 110 libros entre 1809 y 2007
Página 532 - Constitution, are hereby abrogated; and the Legislature, at its first session after the adoption of this Constitution, shall appoint three commissioners, whose duty it shall be to reduce into a written and systematic code the whole body of the law of this State, or so much and such parts thereof as to the said commissioners shall seem practicable and expedient.
Aparece en 158 libros entre 1826 y 2007
Página 423 - The practice of this court is, not (except in cases of absolute necessity) to deliver any judgment in cases where constitutional questions are involved, unless four judges concur in opinion, thus making the decision that of a majority of the whole court.
Aparece en 58 libros entre 1829 y 2008
Menos

Charles Warren was born in Boston, Massachusetts on March 9, 1869 to Hon. Winslow and Mary Lincoln. He received his A.B. from Harvard University in 1889, and his LL.D from Columbia University in 1933. He was admitted to bar in 1892 and practiced at Boston. He became a private secretary to Gov. William E. Russell in 1893; Associate in Gov. Russell's law practice until Russell's death in 1896. He then became a senior member of Warren and Perry, Boston (1897-1914); chairman of the Civil Service Commission (1905-11); assistant attorney general of the United States, Washington (1914-18). He was appointed special master by U.S. Supreme Court in case of New Mexico vs. Texas in 1924, and a lot of such cases. Academically, he was Stafford Little lecturer in Princeton (1924), University of Rochester Cutler lecturer on Constitution (1927), Boston University Law School Bacon Lecturer on Constitution (1928); James Schouler lecturer on history, John Hopkins (1928); William H. White lecturer on jurisprudence, University of Virginia (1932); Julius Rosenthal Foundation lecturer on law, Northwestern University Law School (1934); Norman Wilt Harris lecturer on neutrality, University of Chicago (1936); Frank Irvine lecturer, Cornell University (1937); Cutler lecturer on Constitution, College of William and Mary (1940). He was appointed by President Roosevelt as American member of the. Trail Smelter Arbitral Tribunal, 1937 (final decision filed 1941) and other similar positions. He was an officer and member of several organization (Board of Overseers, Harvard College, Harvard Alumni Association, Conservatory of Music, Massachusetts Historical Society, American Society on International Law, National Institute of Arts and Letters, American Academy of Arts and Letters, American Philosophical Society). He died August 16, 1954. Other books by Charles Warren * Bankruptcy in United States History * The Supreme Court in United States History 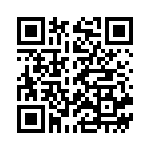